we ‘ll take you there soon.

we ‘ll take you there soon.

After a long and harsh summer, the winter season brings joy and smiles to the faces of most of the people in Pakistan. With Rapidly increasing levels of global warming, the summer season is getting drastically extreme with each passing year. Hence people impatiently wait for the winters to takeover.
Well, climate change is not only limited to summers. It has shown its effects in the winter season as well. Especially the northern parts of the country have seen incredibly low temperatures, heavy snowfall, and snowstorms in the past few years.
On the other hand, snowfall increases the mesmerizing beauty of our northern areas by ten times. Everything gets capped under the snow and the whole region becomes unrealistically white. Despite heavy snow, slippery roads and roadblocks, a huge number of local and international tourists visit the northern areas to experience the serene atmosphere and landscape that cannot be seen anywhere else in the world. Get cheap tour packages in Pakistan for Northern areas in snow fall season.
If you are also planning a trip to the north this winter, then you must have proper information about the areas and places that are reachable, as unfortunately few areas become totally unreachable due to massive amounts of snowfall. You should also be well informed about the weather forecast for the places you want to visit. Besides this, it is also extremely important to have an itinerary about your travel plan.
Below I’m going to tell you about all the essential things that you should be aware of before starting your winter journey towards the north.

Murree is a popular hill station located at the upper tip of the Punjab province. Surprisingly this year Murree received its first snowfall earlier in the month of October. The cycle of snowfalls continues till late February of the next year. The most ideal time to visit Murree for experiencing snowfall in December and January as the hill station receives a good amount of snowfall in these two months.

In the northwestern province of KPK, there are places like Swat valley which includes heavenly attractions like Malam Jabba, Kalam, Madian, and Murghzar. Get cheap 3 days trip of Kalam. All of these places usually receive snowfall throughout the season but in the months of January and February, these places receive a good amount of snowfall.
The whole northern region of Gilgit Baltistan receives the longest cycle of continuous heavy snowfalls from October till March and the temperatures mostly remain below zero degrees Celsius.

One of the most easily accessible tourist destination is Murree. It is located at a distance of just 50 km away from Islamabad and takes only 1.5 hours to reach there through the expressway. The Majority of people visit Murree in winter to enjoy the snowfall and the colorful vibes. Just try to avoid the weekends as the place gets overly crowded and hotel accommodation becomes extremely expensive.

Swat valley in the KPK province has become easily reachable even in the winters. Thanks to the newly built Swat motorway. This motorway has reduced the traveling time between Islamabad and Swat to just 2 hours. Isn’t that incredible!
In the Gilgit Baltistan region, most of the tourist attractions get disconnected from the rest of the country due to road blockage caused by heavy snowfall and most of the hotels and guesthouses get closed, but all is not bad news, some places are accessible although it is not easy to get there. These places include Upper and Lower Kachura lakes. These lakes are located at a distance of 20 km from Skardu airport. You can easily find a lot of hotels and rest houses around the lower kachura lake where you can get accommodation at reasonable prices. Get best tour packages for Gilgit here.
Naltar valley and khaplu are also few to those places that are accessible in winters, although both of these places are not reachable easily and you might want to accompany a guide to reach there.

Visiting the northern areas of Pakistan in winter is an adventurous and thrilling experience that you cannot find anywhere else in the world. Just constitute a proper travel plan, take all the essentials like warm clothes, proper tracking shoes and joggers, and first aid medical equipment with you. Consult with your doctor before traveling in case you have any medical condition if all is well then don’t wait just get on your journey of a lifetime to experience the best moments of your life.
How to Claim Travel Insurance 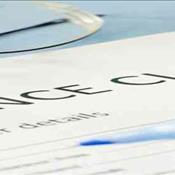 Most Powerful Passport in the World 2020 Check Who's On Top 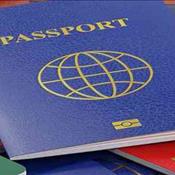 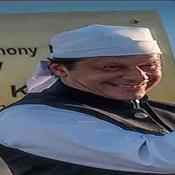 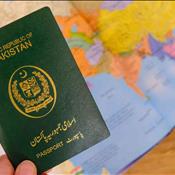 The Rumors against Saudi Arabia Multiple Visa Has Declared By Embassy 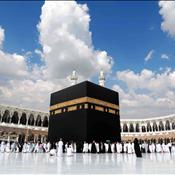 How To Spend Winter Vacations in Pakistan 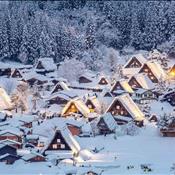