Dino Safari for families is really a haunted place

Dino refers to Dinosaur and Safari means trip or tour. Hence Dino Safari for families means the place where the remains of dinosaurs are kept for public exhibition. Dino Adventure tours get open from June to Mid-September, and you can book in advance to see the sites for the maximum time duration. Dinosaurs are one of the creatures which existed before many million years ago. Now the sites are open where families can visit and see how amazing, large and heavy the dinosaurs were in their eras! The structures of dinosaurs excite the heart as well as haunt too. Below are the places where you can meet the extent creatures with their fossils framed as their real structure when they were alive and dominant. These places are open to people all over the world.

Dinosaur Provincial Park is a UNESCO World Heritage Site. 44 species dating back to 75 million years have been discovered by scientists from this ground, that’s why it is known as one of the richest fossils’ grounds of the world. It provides facilitative camping in tents for those who want to live there and explore the new fossils. In the tents, you will have pillows, beds, kitchen materials, electricity, and gas barbecues. Have camping activity with trips.pk in all over the world.

Smithsonian National Museum of Natural History is home to the skeleton of Tyrannosaurus Rex (T Rex), children and families find it quite interesting. This dinosaur skeleton of about 31,000 square foot was opened for the exhibition here in June 2019. Many other dinosaur skeletons and fossils are also collected in Smithsonian National Museum of Natural History.

Dinosaur National Monument is spread in Utah and Colorado; Colorado having 2/3 of the national monument while Utah having 1/3. But still, you can find more fossils in Utah. In Utah side of the national monument, there is a wall made of rock and inside it, a dinosaur’s fossil can be clearly seen. Along with it, there are 1500 dinosaur bones inside the same area wall and this part of the monument is called Quarry Exhibit Hall. Dinosaur National Monument is like a haunted place for families and children, the majority of people enjoy visiting it. People can touch and feel the dinosaur fossil inside the wall.

At PaleoAdventures, you would have to first learn the methods and correct use of tools to discover fossils. In this regard, you must practice on a dig on the outing of PaleoAdventures. After getting trained, you can work on Hell Creek Formation, a land in the Northern Black Hills which has abundant fossils of dinosaurs of the late Cretaceous era, the last period of dinosaurs after which they died out on the entire level. Now, if you discover museum-quality fossils or remains, your name will be listed in the logbook of PaleoAdventures but won’t get any money.

Here you can see the most complete real skeleton of Barosaurus (a massive herbivore dinosaur), along with many other uncomplete or complete skeletons/ fossils of Corythosaurus casuarius, Corythosaurus intermedius, Chasmosaurus, a dinosaur nest, Tyrannosaurus rex, Velociraptor, Extinct Bear and many others. It is the most visited Museum of Canada which exceeds 10 million visitors each year. Visiting such a place surrounded by dinosaurs creates an environment of the excitement of horror for the visitors which leads to an increase of tourists in the museum. Destinations of the world that you can fly to under 1 lakh from Pakistan.
There are many other places which are part of Dino Safari such as Judith River Dinosaur Institute in Montana, Dinosaur Valley State Park, Texas, American Museum of Natural History, New York City, Dinosaur Ridge National Natural Landmark, Colorado. The real structures in these museums astonish the visitor families and kids. Furthermore, through Dino Safari Tours, our youth gets knowledge about extinct creatures, discovery, and preservation of fossils.
0
0
0
0
0
0
Delicious
0
Google +
The Gilgit Government Decides To Resume the Tourism In Gilgit Baltistan After 5 Months 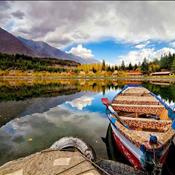 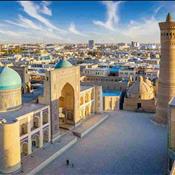