Most Popular And Expensive Cars In Pakistan 2022

Find a Vehicle Type to Suit Your Needs 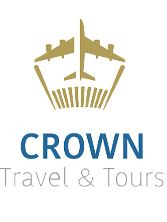 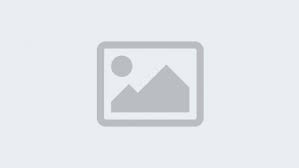 The newly launched Suzuki Alto VXL 2020 hatchback has become the new favorite choice for many people and families of Pakistan. Suzuki company has shown record sales of 53,887 car units in the last year. Suzuki Alto car is among the most searched car in Pakistan.

Suzuki Alto is perfect for your daily traveling and commute needs. The car offers unmatched fuel average and adequate features like ABS, power windows, powerful engine, among others. You can obtain Suzuki Alto on rent a car basis for a minimum of Rs. 2000 per day.

Toyota Indus motors Pakistan has recently launched Yaris car to replace Corolla XLI and Corolla GLI car segment. Toyota Yaris has become one of the popular cars in Pakistan due to its outstanding features and price concerning competition.

Toyota Yaris was the second most selling car as 28,673 car units were sold last year as it outsold Honda City, Honda Civic, and Toyota Corolla. Toyota Yaris has distinguished features like a seven-speed CVT engine, ABS brakes, good fuel milage, a comfortable and rich interior, etc. You can obtain a Toyota Yaris on rent a car basis for a minimum of Rs. 4000 per day.

Toyota Corolla car is one of the best Sedan car in Pakistan 2022 due to its legendary reliability, quality, and features. Corolla car is an all-rounder car for all kinds of terrain in Pakistan; whether you wish to go on vacation in the northern areas on visiting your elders in their traditional village, Corolla car will not disappoint you.
Toyota Corolla recorded car sales of 25,831 units for the last year, showing that the car still maintained a strong market share and special place in the hearts of the people of Pakistan. You can obtain Toyota Corolla on rent a car for a minimum of Rs. 3000 per day.

Suzuki recently replaced the old cultus car model and released an internationally known model, Suzuki Celerio. The new model is regarded as one of the best car in 3 million in Pakistan category. Suzuki Pakistan recorded 24,509 cars sold in the last year period.
The Suzuki Cultus has a good balance of features like air bags, ABS brakes, new metallic colors, good fuel average, powerful 1000 K series engine, power windows, and immobilizer. You can obtain the new Suzuki Cultus on rental basis for a minimum of Rs. 2000 per day.

Suzuki Wagon R made its debut in Pakistani cars name list with a big bang in 2014. The car became an instant hit due to its fantastic competitive price, quality, and features. Wagon R car received some upgrade models like AGS model, safety Airbag and entertainment features like Infotainment system which increased its value in the market.
Suzuki Wagon R is a very good balanced car offering features like extra cabin space, good suspension, and performance while giving users features matching that of a multi-purpose vehicle.
Suzuki Pakistan sold 18,810 cars in the previous year showing strong sales again. You can easily obtain Suzuki Wagon R for your daily needs through Suzuki rent a car starting from Rs. 3000 per day only.

Honda city is one of the most searched cars in Pakistan due to high market value and a very good balance of features and performance. Honda Pakistan is a well-known brand name and is favored by the elite class due to its high-quality Japanese standards.
Honda Pakistan recently introduced its 6th generation variant in Pakistan in 2021 last year. The new model has introduced several new features, including an improved body structure, air bags, and improved engine. You can easily obtain Honda city for your travel needs on rent a car basis starting at only Rs. 3000 per day.

The Mercedes Benz C180 is a popular luxury car favored by many Pakistani people due to its various luxury features and price. It's one of the best options for luxury cars as it features very good performance and features at a very affordable price. The sports version C180 AMG is also available for a more sporty drive. You can obtain the Mercedes C180 car on rental car basis starting at Rs. 20,000 per day only.

Audi A6 most Expensive Cars in Pakistan 2022:

The Audi a6 is manufactured by Volkswagen Group, one of the largest automobile groups in the world. The Audi is a German brand that stands for innovation and luxury. Audi A6 model is one of the most expensive car in pakistan 2022. Here is a list of car categories in Pakistan.
It is one of its featured prominent luxury cars liked by many business executives and luxury car owners. The car has impressive specs featuring a 2000 CC engine providing 261 HP, ABS brakes, parking sensors, good suspension, comfortable seating, automatic climate control, among others. You can obtain Audi A6 on easy rent a car basis starting at only Rs. 40,000 per day.

Toyota Land Cruiser has been a long-time running favorite SUV car for many business people, politicians, and luxury car enthusiasts. Audi A6 is one of the most popular cars in Pakistan. It features a powerful 4500 CC engine providing 268 HP, braking assistant, comfortable seating, 4x4 capability, traction control, accidental safety system, and eight airbags.
If you seek an all-in-one package, you cannot go wrong with choosing Toyota Land Cruiser V8 due to its Japanese reliability and features that stand the test of time. You can easily obtain Toyota Land Cruiser V8 car for your everyday use by renting a Land Cruiser car for just Rs. 27000 per day.

Rent a Car in Pakistan

Fill out the Following form and We will send you best car rental options.