Spain is second most visited country of the world for a reason; it takes you into a thrilling and Exciting Ride of Adventure, enchantment, discernment and pure aesthetic pleasure. Spain has exotic sandy beaches, regal castles, fascinating museums, ski-resorts, alluring and exquisitely beautiful sceneries, moderate temperature, vibrant food scene and intriguing history to be explored. Your tour to Spain will take you into a rollercoaster ride of back and forth travel to medieval era and present day modern world.

A Journey to the Ways of the Old:

Doesn’t it make you wonder how the ancient people lived? Spain has preserved the historical treasure in Spain more than any country of the world.  Its roads and architecture reveals Spain’s centuries old culture, tells you fables of Moors and Romans and the presence of numerous ancient castles are relic of extravagant lifestyle of Medieval Era Monarchs. You will be inspired to see the evolution of modern day Spain which has been ruled over by Romans, Muslims, Gothic and Celts for decades.

The Spanish are one of the liveliest and adventures people on the planet. They sure know the importance of carpe diem; they celebrate happiness and live big. As an outsider you would be astonished and bewitched to see the meaning of festivity in literal sense. There is the Fiestas del Pilar in Zaragoza, the Fallas festival in Valencia, the Romería de El Rocío in Almonte, the Seville Fair, the famous running of bulls’ festival and the most exciting Tomatina in Buño festival. Have a great Tour to France most exciting place and most visited place in the World.

Going Out and About in Spain:

No, the tourist scene in Spain is not limited till traditions, culture, festivals and history. The ‘modern’ people will run out of time to do things but the list of ‘to do’s’ in Spain will not end. There is Plaza Mayor for public entertainment and operas; the Amnesia Ibiza is for rock music fans, the opium club is for DJ music and there countless colorful and wide varieties of cafes and restaurants for food lovers that serve cuisines of all kinds. For shopping lovers, there is El Corte Ingles, Portal De L’angel, Mercado Central, Imaginarium, Stradivarius, Calle Feria, La Maquinista and Mercado San Miguel malls that peculiar and unique in their style and have world’s largest brand and local product outlets. Have a look at Most Visited Cities in the world.

Basking in Sun at a Sandy Beach:

Being honest, when talking about Spain, the first thing we imagine is relaxing in beaches on a sunny day. The beaches of Spain are its tourism trademark and its government has implemented extensive measures for its maintenance, cleanliness and public safety. Spain’s geographical position is blessed with proximity to Mediterranean and Atlantic Ocean, there is The Costa Brava, The Costa Blanca, The Costa Cálida and The Costa de Almería, which are very popular and most famous summer vacations destinations for Europeans and nationals of other countries. 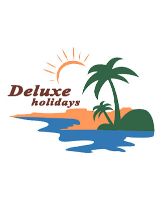 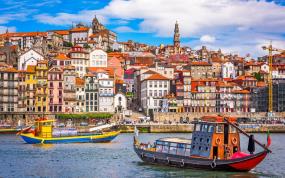