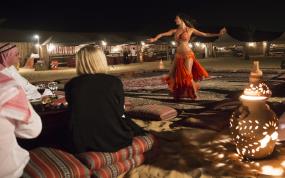 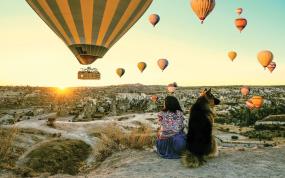 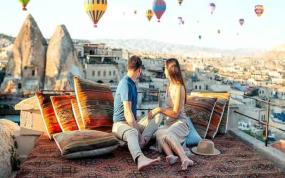 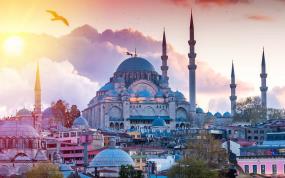 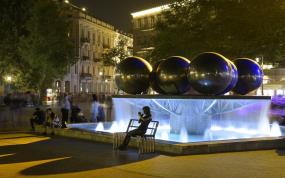 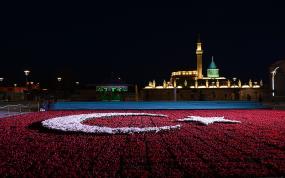 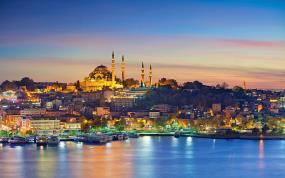 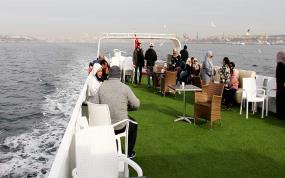 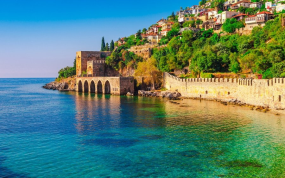 PKR. 235000
more expand trips
Turkey is one of those counties whose economy mostly based on its tourism. Almost 60 percent of this country revenue is generated through tourism. It is one of the most popular destination for world tourist and along with its rich cultural history and architecture it has most steeped landscapes in the world. It is mostly referred as the gateway between Asia and Europe for almost a millennium. Due to being a trade place it has consumed different culture and became the most diverse country. Get visa for Turkey fron Pakistan.
Turkey tourism is one of the most famous thing about it and it is just because of the government of Tayyab erdogan. It is just because of his leadership skills that turkey is emerging as one of the most visited countries in the world. Ticket prices for flights from Karachi to Istanbul of PIA.
This country is not only famous due to its scenery but also its rich culinary culture. Some tourist says that Turkey has world best street food stalls and as being a Muslim country you will see different religious mosque in this country which shows the rich Turkey culture. Many tourist thinks as being the old Capital of Turkey Istanbul is the most visited place but there are many other hidden gems that you can explore in Turkey like

Currently Ankara is the capital of Turkey's most popular tourist destination, it is refereed as one of the modern city in the whole world and also the hub of all government buildings, foreign embassies, Educational sectors and commercial business. Due to its placement near the Anatolia region it is one of the most important transportation hub for the whole country. Best city Ankara has modern building there are many old museum and mosque located in this city.Explore 7 Days Trip to Turkey From Pakistan.

Located on the highest peak overlooking the fields of Mesopotamia in southeastern Turkey, Mardin is the capital of the Mardin Province. One of the most established cities in the area, Mardin is best known for its cultural variety and Old City of sandstone structures that course down the slope. Mardin's Old City is effectively visited by traveling through walking instead of any vehicle. Have a great Trip with Family at Cheap Packages here.The labyrinth of winding boulevards drives guests along with terraced houses and well-known locales like Deyrü'z-Zafaran Monastery, one of the oldest religious communities on the planet, and the Sultan Isa Medresesi, a medieval landmark that once filled in like a cosmic observatory.

Konya is known for being one of the oldest city of this world. Konya is one of the prices of best tour packgesTurkey.The main attraction of this city is the Seljuk architecture and stunning whirling Dervishes. It is one of the biggest cities of Anatolia region. The ruling years of Seljuk dynasty was the golden years for this region of Turkey at that time Konya was the capital of Istanbul.
There are many architectural giants which are still holding their original shape in Konya like Allaedin Mosque and Seljuk palace ruins. Being the home of Persian and Sufi mystic, Rumi. Rumi Mausoleum is the best thing that you will see in whole Konya. These are few attraction of the Turkey that you guys will admire whenever you visit this beautiful country. Have a look more then 10 Maldives tour packages from Pakistan.

Turkey as a Honeymoon Destination:

Stretching across two continents offering the perfect backdrop Turkey is the best Honeymoon destination.  It contains some wonderful places such as Marmaris, Golden Horn, Princes’ Islands, Butterfly Valley, Antalya, Blue Lagoon, and the Island Of Bozcaada. Go on and check the Turkey Honeymoon Tour Packages from Pakistan available on this platform to make your journey more memorable.

Frequently Asked Questions about tour to Turkey from Pakistan:

How much does a trip to Turkey cost from Pakistan?

Turkey costs from Pakistan is about 10k PKR for a visa and 50 to 60k PKR for a return ticket.If you are planning to travel to Turkey from Pakistan then cost can be controlled by following few stepschoose those hotels which are low in rates. hostels can also b used as they are considered as a cheap means of accommodation.

How much does the Turkey tour cost?

Compared to a few years ago, the current value of the Turkish lira against the US dollar and the euro will benefit you on your trip to Turkey. Many Turkish travel companies such as hotels, car rental agencies, tour operators, etc., price their products and services in dollars or euros. Those prices may stay the same. Costs priced in Turkish liras, such as restaurant meals, public transit, and airfares, will probably be lower for visitors converting euros and dollars to liras.

Can I go to Turkey by road from Pakistan?

Yes, you can go to Turkey by road from Pakistan. If you hold Pakistani citizenship, you’ll have to pay PKR 9,000 for a single entry visit visa and PKR 36,000 for a multiple entry visa. However, if you opt for the latter, you will be required to produce an official invitation letter from a company or relatives living in Turkey. As for work visas, applicants have to pay an additional fee to the Turkish Embassy once their application has been approved.

Is Turkey visa-free for Pakistani?

Pakistan has approved five additional countries including Turkey for visa-free travel to the country, officials said. The decision will be officially announced Turkish nationals will now be able to attain visas upon arrival to the country without having to apply in advance.

Is Turkey cheaper than Pakistan?

Pakistan is 25.6% cheaper than Turkey. The average cost of living in Pakistan is 19% less expensive than in Turkey . Pakistan ranked 196th vs 184th for Turkey in the list of the most expensive countries in the world.