The first guru of Sikhism, Guru Nanak, founded Kartarpur in 1504 AD on the right bank of the Ravi River

Lahore, Urdu Lahawr, second largest city of Pakistan and the capital of Punjab province. It lies 811 miles (1,305 km) northeast of Karachi in the upper Indus plain on the Ravi River, a tributary of the Indus. Lahore consists of an old city area flanked on the southeast by newer commercial, industrial, and residential areas that are in turn ringed by suburbs. The old city was at one time surrounded by a wall and a moat, but these structures have been replaced, except in the north, by parklands. A circular road around the rampart provides access to the old city by 13 gates. Notable structures within the old city include the mosque of Wazir Khan (1634) and Lahore Fort. A walled complex that covers some 36 acres (14.5 hectares), the fort is a splendid example of Mughal architecture; it was partially built by Akbar (reigned 1556–1605) and extended by the next three emperors. The mosque and the fort are decorated in marble and kashi, or encaustic tile work. Other historic landmarks include the Badshahi (Imperial) Mosque, built by Aurangzeb and still one of the largest mosques in the world; the 14-foot- (4.3-metre-) long Zamzama, or Zam-Zammah, a cannon that is immortalized (along with other details of the city) in Rudyard Kipling’s novel Kim (1901); Ranjit Singh’s buildings and mausoleum; the Shahdara gardens, containing the tomb of the Mughal emperor Jahangir; and the magnificent Shalimar Garden, laid out east of the city in 1642

The first guru of Sikhism, Guru Nanak, founded Kartarpur in 1504 AD on the right bank of the Ravi River. The name Kartarpur means “place of God”. Here all people, irrespective of their religion or caste, lived together, representing the first ‘Sikh commune’. After his travels for about 20 years, Guru Nanak settled in Kartarpur along with his family. Following his death in 1539, Hindus and Muslims both claimed him as their own, and raised mausoleums in his memory with a common wall between them. The changing course of the Ravi River eventually washed away the mausoleums. But Guru Nanak’s son saved the urn containing his ashes and reburied it on the left bank of the river, where a new habitation was formed, representing the present day Dera Baba Nanak.

At the location Guru Nanak is believed to have died, the Gurdwara Kartarpur Sahib was built. It is considered to be the second holiest site for the Sikh religion.

Walk towards the Badshahi Masjid and Shahi Qila (Fort

Gossips, Talk Shawk, Stay, Photography and enjoyment on the site

2:30 PM: Get together and Travel to Wahga Border

08:00 AM: Checkout and Departure for Kartarpur

11:00 AM: Arrival at Kartarpur and Visit of all the site

End of Services with Happy Memories

?Beverages & Phone calls or other expenses of personal nature

?Extra expenses due to road blocks or other reason

?Any Extra Expenses or Anything not mentioned above

Call us or drop a message. Our agents will be in touch shortly. 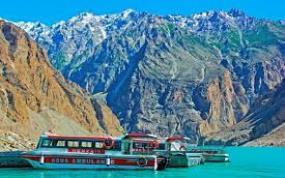 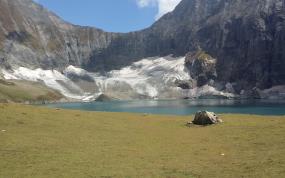 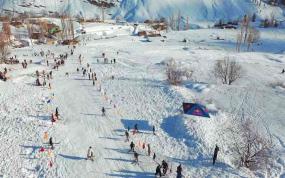