Kartarpur is 4 kilometers away from the Punjab border of India. Here Guru Nanak spends 18 years of his life and took his last breath. Guru Nanak hymns many verses of Guru Granth the holy book of Sikhism in Kartarpur. The community langar is a part of this Gurdwara known as guru ka langar. There are multiple companies in Pakistan that are providing a great deal on Kartarpur Tour Packages.
Sikh demanded their right soon after the separation to visit Kartarpur Gurdwara.in 1947 the hastily drawn Radcliffe line placed this Sikh holy place in Pakistan. The first petition to let the Sikh community visit this place was proposed by Atal Bihari Vajpayee in 1999 without Visa. But due to bad relations among Pakistan and India, this proposal was rejected. In 2000 the Pakistan government opened Gurdwara for those Sikhs who acquire Valid Visa.Kartarpur Gurduwara is very important for Sikhs.  Soon, after the PTI government coming into power under Imran Khan the set up for Kartar pur was announced. India and Pakistan agreed to build their part of the portion to help Sikh Pilgrim visit their holy place.

Kartarpur has become one of the most visited places after its inauguration by the PTI in 2019. This Sikh religion Holy place now hosts over 3000 tourists on a daily basis.  These numbers go even higher on weekends.Pakistan has many Religious Places for Tourism. Sikh pilgrims from India visit this place because of their religion but there is a great quantity of Pakistan and foreign tourists who visit this place just for the sake of tourism.

If you guys are looking forward to visiting Kartarpur any day soon the best way is to book a Kartarpur Tour Package instead of going on your own. Trip.pk is one of the biggest online platforms in Pakistan where you will find the variety of tour packages at affordable rates. So, what you guys are waiting for is to get yourself registered for the Kartarpur Tour by trip.pk.

The Kartarpur holds significance for both Pakistan and India as it was established after many years of Rivalry between both countries. It basically acts as a symbol of peace. Throughout the year many people visit this beautiful place and it is also known as the largest gurdwara in the world.  Its architecture consists of the white color that provides a soothing sight for the visitors.  So plan a tour by picking the amazing Kartarpur Tour Packages available on this platform. Besides providing a reasonable package we assure you to provide complete assistance in the journey to make it memorable. 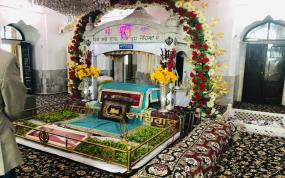 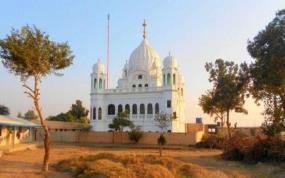 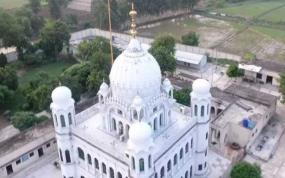