Should be as Register as Travel Business

Tourism is growing with a rapid increase. More than billions of people, nowadays, are traveling internationally. Half of these journeys are destined to developing regions of the world. Pakistan is equally getting benefited from the same trend today.

Tourism or traveling to distant places is full of benefits. The economy is also rapidly growing with Religious tourism in Pakistan,  To explore the historical heritage of the world is one of the unique benefits travelers are getting through tourism. Moreover, religious charms also attract travelers to visit distant places in the memorial of religious personalities or saints. Pakistan is replete with the religious destinations in which not only the slices of Islamic culture and history come to see but it also offers the slice of life of other religions.

Shrines of saints and seers, temples associated with Hindu religion, Buddhist monasteries, Gurdwaras, and many other monuments, come under the property of Pakistan that, are the allure to the worshipers to attract them to make their holy journeys there.Goverment takes many steps to promote religious toursim in Pakistan. Here, all the religious monuments, located in Pakistan, are enumerated which are not only giving benefits to the worshipers of distant places but are also offering a positive glance to the economy of Pakistan.

There are some religious places in Pakistan that urge the other religion persons to visit Pakistan for their spiritual calm.

There are 500 million Buddhists who exist across the world. For the followers of this religion, the regions of Pakistan including Mardan, Taxila, and Swat are of real charms. The reason behind it is that the Korean Buddhists find their religious traces through these places. Over 1,300 years ago, Korean monk, Hyecho traveled these places.
Recently, at the place of Haripur a 48 feet long Buddha has found. It is considered as the oldest statue of sleeping Buddha in history. These are the reasons that these places attract over 50 million Buddhists from Korea, China, and Japan.

Where is Takht-i-Bahi Located?

Takht-i-Bahi is located 15 Kilometers from Mardan in KPK Pakistan.

What is the distance between Takht-i-Bahi to Peshwar?

The distance between Takht-i-Bahi to Peshwar in 70.9 Km.

Katas Raj Mandir is the sacred place for Hindus. Katas Raj Mandir is located in the Pothohar Plateau region in the Punjab province of Pakistan. The place is known as a complex connection suite of several Mandirs or temples of the Hindu religion. The place offers great charms to the Hindus and from India or throughout the world Hindus come to see this holy place throughout the year.

How old is Katas Raj Temple?

Why there are Pond in Katas Raj Mandir?

Hindu Belives that taking a bath in this Holy Pond makes your sins wash away.

Kartar Pur corridor has inaugurated on 9 November 2019 under the supervision of Imran Khan, Prime Minister of Pakistan. It is a step to offer unity to the Sikhs of Hindustan or around the world towards their religion. It is a visa-free border crossing which is at the same time a secure corridor. However, the Sikh community of Pakistan is not yet allowed to cross the border and they need to obtain a visa for crossing the border to India. People also ask when kartarpur border open? Kartarpur open between 9am to 3pm.Check our Kartarpur Corridor Packages.

What is the fee for Kartarpur Corridor?

Fee for the Kartarpur Corridor is 20$ But for Pakistanis it’s free.

How much Pakistan earn with Kartarpur Corridor?

How to Promote Religious Tourism in Pakistan?

In order to promote the religious tourism in Pakistan, there are some steps are required to take including:

Impacts of Tourism on the Economy of Pakistan:

Where the religious tourism, in Pakistan, offers the chance of unity to the non-Muslims towards their holy destinations and pilgrimages, at the same time, it also leaves a great effect on Pakistan’s economy. As much the religious tourism is increasing in Pakistan as many positive aspects are coming to see to Pakistan’s economy. The experts say that if Pakistan would allow international tourism with an equal rate to the rest of South Asia it would be the reason to gain $1.5 billion GDP.

Best Places For Honeymoon 2021 In Pakistan 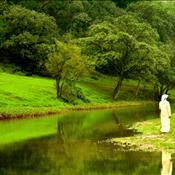 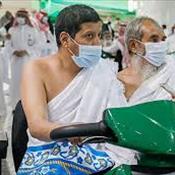