Thailand is just like a fantasy animated movie set which is crowded by the scooters, motorbikes and tuktuks. It is one of the most visited place by the tourist in the world due to Thai cheap visa, friendly environment and beautiful locations. They follow the Buddhism and you will see orange robed monks everywhere in Thailand. There is much more to Thailand locations than just its beaches there are several ancient ruins, farming villages and blue lagoons of Thailand and Phuket which will attract you. It is one of the most popular country in the Southeast Asia as a traveling destination.
If you want to have the experience of most stunning tropical island than Thailand is your destination. Thailand Bangkok will provide you the most memorable experience of your life. You will visit many cities in this country which are eye catching and some of them are follows.Visa Requirments For Thailand is easy for Pakistan

The northernmost city in Thailand, Chiang Rai fills in as the fundamental business center point of the Golden Triangle, which comes between the border of Thailand, Laos, and Myanmar. This bustling town offering something for everybody, Chiang Rai is frequently utilized as a base for investigating the encompassing area. The town itself is calm during the day when the majority of its vacationers are out on day trips, however, around evening time the neon lights streak on and keepsake slows down and cafés get a move on. You will feel the vibe of the party all night long in this city and it is one of the few cities in the world who don't sleep.

It’s only a calm town in northern Thailand, Pai is presently an emerging town that is a small part of the Mae Hong Son Loop extending between Chiang Mai and Mae Hong Son. Simply outside the city are elephant camps, hot springs, and delightful cascades. With Pai's area in the lower regions of the mountains, there are a few choices for trekking and visiting slope clans. Noted for its pleasant valley and loosened up the environment, Pai is a favored goal among hikers and travelers wishing to find more about the district. Furthermore, the Pai River offers tubing and whitewater undertakings.Check 7 Days Thailand Group Tour Package from Lahore.

Established in 1350, Ayuthaya is situated in the Chao Phraya River valley in Thailand. It sits on an island merged by three waterways associating it to the Gulf of Siam. It is only 80 km (50 miles) north of Bangkok and is effectively come to via train, vessel, transport or van. Ayuthaya was a great site, with three castles, having over 400 sanctuaries and the highest population rate that came to almost 1,000,000. Ruler U Thong declared it the capital of his kingdom, the Ayuthaya Kingdom, also called Siam. When announced the grandest city on earth, the remains ruins of Ayuthaya are presently a noteworthy fascination for those who are new to Thailand.We offer 5 Days Tour Package to Thailand.These are some of the best places that you can visit if you want to explore the cultural heritage of this country. 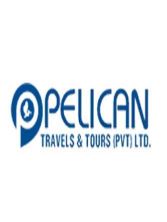 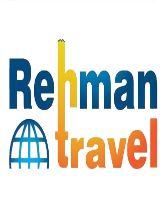 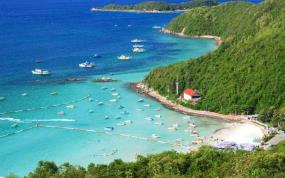 No review posted by any user for this consultant. Be the first to rate this .