Are you thinking of going on a beautiful spiritual journey? If yes so, as we know that Umrah is the spiritual journey that is taken by every Muslim. This is the journey that proceeds to purify self-soul, body and heart, mind from the sins which committed in past.
As we all are aware of covid-19 and its outbreak all around the globe. The schedule for foreign pilgrims to perform Umrah has been dated to resume from August 10.it is resuming because the kingdom has reopened the Grand Mosque in Makkah for domestic Umrah pilgrims after the Hajj pilgrimage last week.
Due to precaution measures authorities has limited the entrance of the mosque for Hajj pilgrims, earlier this month. so let’s see what are the guidelines in order to perform Umrah.it has been reported that from nine countries citizens can perform Umrah and we are fortunate that Pakistan is one among nine.
It means that Pakistani citizens can perform Umrah that is starting from the 10th of next month.it has been stated that citizens from Pakistan will have to go through 14 days quarantine in a third country before they proceed with Umrah. It is necessary for the People who are wishing to perform umrah to get approval first and carefully follow safety guidelines.
It has been added that there is an app called Eatmarna which can be used by local pilgrims in order to book a time slot for umrah or offering prayers at the holy mosque.

Applications and bookings for Umrah:

The Hajj and Umrah ministry stopped getting applications for Umrah in order to get ready for this year’s hajj. Now it has been stated that umrah agencies have been allowed for the visas issue purpose. The grand mosque has been reopened in Makkah for domestic Umrah pilgrims. List of best Umrah agents in Pakistan.
It has been estimated that 500 Umrah service companies and 6,000 foreign Umrah service agents or more than that will help people. They will help to book packages with the help of 30 different websites. With the bookings, they will get the facility of entail flight bookings, on-ground services which includes transportation services, hotel bookings and meals.

You may have seen a lot of umrah packages that help to provide ease to its people. When we see bundles of variety of the same thing it often makes us confused. But trips.pk is here to provide ease to its family by giving those best packages possible. As on trips.pk offers amazing Umrah packages 2021.
Trips.pk offers a wide range of packages of Umrah , which make it easy for its family to select according to their budget and requirements. On our website you are going to see the economy,3 star,4 star and 5 star umrah packages that are available at a reasonable price.
It has been noted that most of the Muslims who go on umrah prefer the cheapest Umrah packages. In the cheapest Umrah packages from Pakistan, we have Economy Umrah Packages and 2 Star Umrah Packages, as they are considered best.
The Umrah packages at cheap rates provide services which are great and also expenses of visa, proceeds with hotel booking, transport management and meals.it should be noted that some of the packages do not include airline tickets while others do, read carefully.

As we all know that to perform Umrah is the wish of every Muslim .umrah can be performed at any time of the year but most probably Muslims travel for Umrah in the month of Ramadan, Rabi-ul-Awal and Muharram. Umrah packages prices in these months might increase. So, it should also be kept in mind that the prices of packages vary according to the airline, departure place and time of travel. Get Muharram Umrah packages from Pakistan.

For choosing the best Umrah package you need to go through all the packages, which are available on our page. You need to go through whole details like facility, price, airline, hotel and meal bookings. You need to be sure that the package that you are selecting should not have hidden charges.
Trips.pk also provide the facility of buying flights ticket in cheap prices. Make sure to choose the best Umrah package 2021 which should come under your budget.
ENDING THOUGHTS:
As Umrah is getting resume from 10 august. So if you want to get this spiritual journey; trips.pk welcomes you. Trips.pk is here to provide you with helping hands and make your journey peaceful. 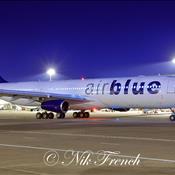 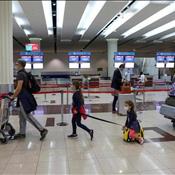