Can Non Muslims go to Makkah

The answer to the question, "Can Non-Muslims go to Mecca/ Makkah" is No! Non-Muslims, whether they belong to any religion, are not allowed to enter Makkah and Madinah nor they can travel through them. The reason behind this matter is that Makkah and Madinah are the places solely reserved for the Prayers, Duas, Ibadaat, Umrahs, Hajj, and Islamic way of living. So, Non-Muslims have nothing to do there.
All the sacred places and Ziarat Places of Makkah and Madinah are related to Islamic beliefs so, Non-Muslims may not enjoy Makkah and Madinah much.
Only Muslims (Believers) can enter Makkah. Makkah is one of the most ancient cities in the world. More than 14 centuries ago, it was the dwelling place of Prophet Muhammad P.B.U.H. He lived there for about 52 years of his life and then migrated to Madinah and lived there for about 10 years. Now everything you will find there are the devoted Muslims, Mosques, Sacred things and places, Prayer calls (at least 5 times a day), and Islam.

Non-Muslims don't believe or practice Islam. Along with it, the main reason for the ban of Non-Muslims on entering Makkah is that Allah has forbidden their entrance in Masjid Al Haraam (Surah-e-Tawba, Verse: 28) because of their "disbelief and ungratefulness" to the favours of Almighty Allah. So, if a Non-Muslim breaks this rule and enters Makkah, it can result in his/ her penalty because each and every rule is set before a reason. When you violate a rule, it means you broke a regulation which itself is a crime and every crime has punishment.

Non-Muslims Take a Tour of Makkah:

Now Saudi Arabia is offering Tourism for Non-Muslims and they can visit all the cities of the Kingdom of Saudi Arabia, except Makkah and Madinah. They should cover them modestly because everyone in public places follows this practice.
Makkah is the place of peace and serenity. One should/can visit it for completion of Islamic duties such as Umrah, Hajj, Tawaf, Sa'ee, Prayers, reciting the Holy Quran, doing Aetikaaf, offering Salaat and repentance while submitting his/her will to Allah. Get cheap Umrah in Pakistan. So, Non-Muslims are exempted to enter Makkah because they don't have anything to offer or get there.
0
0
0
0
0
0
Delicious
0
Google +
International Travellers Are Required To Carry Their Negative Corona Test To Get Entered Into Pakistan 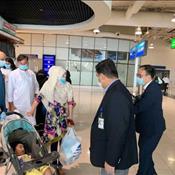 Umrah Pilgrimage To Be Resumed By Saudi Government From Oct 4, 2020 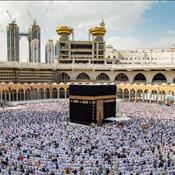 Top 5 Amazing Places in Northern Areas of Pakistan That You Must Visit This Year?
X