How PSL Would Pay a Positive Impact on the Development of Pakistan's Economy?

An estimated ratio from Pakistan Tourism Development Corporation (PTDC) shows that, 1.75 million tourists visited Pakistan in 2017 alone and 30% tourist were domestic. It’s not a good ratio. Tourism has a positive impact on the development of the country’s economy and has become an important sector in the present era today. There are several benefits of tourism and most important are revenue generation and creation of job opportunities. An estimation form tourists arrival in the world is 694 million per year but if we talk about Pakistan, it receives only 0.5 million tourists per annum which is a very low figure.

Impact of Foreign players Visit to Pakistan for PSL:

Pakistan Super League can bring foreign players into Pakistan and it can increase new doors of foreign tourism, along with a boost into the economy and strengthening the international relations as well. Foreign tourism consist of several service activities including, communication, transportation, catering, entertainment, hospitality and advertising etc. It all depends upon the quality of services that the effectiveness of tourism promotion efforts depends and leads to arrival of more visitors, players and cricket fans. Economic experts, called this process as sports tourism and emphasize on its importance along with an increase in government revenues and promotion of indigenous culture activities.

It is an open fact that Pakistan Cricket Board was unable to host international cricket in Pakistan since 2009. The financial reliance on India from Pakistan Cricket Board’s, extremely complicated politics of the stagnated Indo-Pakistani cricketing relationship and many other factors also effected the tourism of foreign players in Pakistan. Pakistan super League was not much successful during initial seasons. But with the passage of time it started getting most views through online platforms and also when it comes to other global tournaments. In the foreign tournaments, the crowd coming to grounds was relatively lesser for Pakistani players because they were not big names like wise other retired players who still are known for their performance in cricket at international level. Another reason is that majority of top players don't participate in PSL due to reasons of being lack of lucrative payment and safety concern In Pakistan.

With a comparison from previous years, Pakistan Super League is growing faster day by day among overseas players, if we review short history of PSL, the largest contingent of overseas talent is coming to Pakistan this year in 2019. The fourth edition of the tournament is going to start from February 14 2019 in Dubai and it is confirmed that almost 40 foreign players will be coming to the United Arab Emirates and Pakistan to entertain the cricket loving crowd in both countries. An attack on Sirilankan cricket team has stopped the foreign players in Pakistan. But despite all these difficulties, Pakistan team is growing on international level as well. In the era of tourism, Pakistan Super League has one again gathered the whole nation at one platform. You may get the help that how to safely travel in Pakistan.

PSL has achieved a mile stone in the field of cricket in National and international level. Different Pakistani foods attracts the foreign tourists and fans, while  textile industry increases revenue by making shirts, caps and other accessories for cricket lover fans, and the many local vendors can run their circle by selling these items during these days. Tickets for watching PSL can also generate millions of revenue for the government. Sports events like Cricket are compulsory for economic and cultural progress nationwide.

Coronavirus Seems Unbeatable As Cases Rise to 1,865 in Pakistan 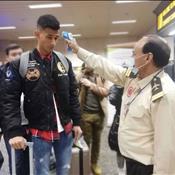 How to Protect ourselves from Coronavirus During Traveling 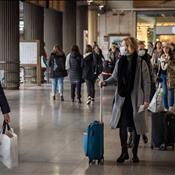