Pakistan is the most Favorite destination for tourists in 2020

Pakistan is the most Favorite destination for tourists in 2020

A foreign journal called CN Traveler has declared Pakistan the best tourist destination of the year 2020. Reacting to this, people have questioned whether Pakistan is fully prepared to welcome a potential crowd of domestic and foreign tourists next year.

Experts say that foreign tourists usually complain about security and housing concerns, given the increasing number of tourists in Pakistan. Expressing his opinion on social media, some Pakistanis said that Pakistan has the best tourist destinations but there is a lack of facilities. However, the government says the administration has recently made new plans for roads and infrastructure and eased visa restrictions for tourists.

According to CN Traveler's report, there are mountain ranges at the foot of Pakistan's red-green plains and tourists must visit here. "In the past, the tourism industry has been moving forward in Pakistan for the past two decades following the era of extremism and Taliban." The report praised Pakistan's recent initiatives and expressed its hope that in 2020, tourism in Pakistan will be further enhanced.

Keeping this review in mind Naveed Iftikhar writes: 'How many new hotels have we built for domestic and foreign tourists?,You can also check hotels for your tour from here. Why are hotels in Pakistan so expensive? Tourists cannot travel outside our cities. ‘‘Why is air travel within the country so expensive? We cannot be the best tourist destination until we find a solution to these problems.
Some social media users also said that developed places like Murree and Nathia gali fill on Eid or other busy days and their quality decreases. Tehsin Ahmed says that the northern areas of Pakistan are very expensive. 'Good hotel rates in Murree or Nathia Street are 11 thousand per night and they do not even have facilities like a heater. The BBC has tried to find out the position of CN Traveler, but no response has been received so far.

What is needed to promote tourism?

In this regard, the BBC has spoken to Asif Khan, who is a private tour operator and for 13 years has been touring foreign tourists to Pakistan including Gilgit-Baltistan, Swat, Kalam, Naran, Kaghan, Kashmir and Chitral, among others. According to him, the tourism industry in Pakistan is facing problems of security, housing, food, cleaning, information and lack of emergency facilities which, despite government efforts, has not been fully resolved. Asif says, 'The biggest problem is security. There is security with tourists, but if a foreigner leaves Gilgit from Islamabad, they are checked at dozens of places, making them even more nervous.

As regards roads and infrastructure, He said that because of the many roads under construction there are difficulties in accessing traffic. He says that these facilities are provided periodically but it is important to find a permanent solution to these problems so that the tourists can increase their traffic.
There are certain things that the Pakistan Government has to keep in mind to Host that much amount of foreign travelers as it’s their first time.

Infrastructure, visa issues a top priority of the government

Speaking to the BBC, Senior provincial minister for tourism in Khyber Pakhtunkhwa Atif Khan, said that the government's top priorities are 'solving the problems of law and order, security and visa and establishing infrastructure.' “The security situation has improved and visas are being provided to (tourists) in the country. Foreign nationals only need NOCs (permits) to travel to sensitive borders.
He says the government has recently approved the establishment of 14 new tourist destinations that will be completed next year while 'four new tourist zones are being built. They have invited private investors to invest in accommodation and dining facilities so that better arrangements can be made for foreign tourists.
What is the Best Time to Visit Pakistan for Foreigner Tourist 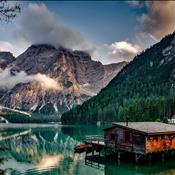 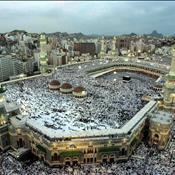 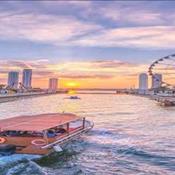 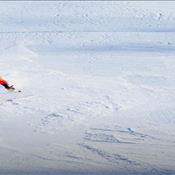 Validity of Umrah Visa has Changed to 15 Days 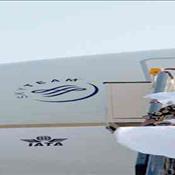 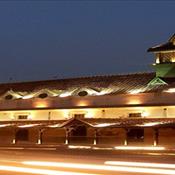