The Iran Tehran Istanbul train service holds great importance for improving trade and business in the region of Asia as the service has finally been launched on December 21, 2021 after various delays.
The project was initially expected to provide improved communication with China’s BRI or Belt Road Initiative by bridging the gap between China and the state of Turkey. The freight train project roots can be traced back to its initial launch in 2009 under the guidance of ECO (Economic Cooperation Organization). Read about Islamabad, Tehran, Istanbul Train.
ECO (Economic Cooperation Organization) was the brainchild of Pakistan, Turkey and Iran which was launched in 1985. The freight service was only successful among its initial test but never was completely functional. Afterwards the involved parties decided to carryout test of freight services along with passengers.
The freight train routes totals up to 6,540km in total, Iran having 2,600 km, Turkey having 1,950km and Pakistan ending up with another 1,9990 km. The freight train service journey is completed in approximately 10 days comparatively much faster then normal time of 21 days by sea.

The Iran-Tehran-Istanbul freight train was first launched on trail bases in 2009 under “ECO” program. The major aim of the pilot project was to reduce transit trade time for goods which are usually shipped through seaport routes internationally.
The freight train initially took approx. 13 day period while traveling from the city of Islamabad towards Istanbul which was further reduced to approx. 11.5 days. The freight train could carry 40 feet containers for transport. Book cheap Turkey flights from Pakistan.
The transit route saved travel time as transporting goods Europe to Pakistan usually took approx. 45 days. The possibility of launching passenger train was also under consideration by the three countries after the successful operation of the cargo train.

The ITI freight train has importance for China as it will connect to the China through Pakistan ML-1 railway system. Pakistan ML-1 railway will play an important role in the development of CPEC(China-Pakistan Economic Corridor). The vital link would be completed in 2026 upon ML-1 year of completion.
The ITI railroad project will serve as a vital profitable and valuable link for China in time of war or crisis as an important alternative travel route. ITI freight train project will be first of its kind linking China and Turkey as a train reached China’s Shaanxi province’s Xi’an from Turkey travelling through Azerbaijan, Georgia, and Kazakhstan as part of the ancient silk route.

The silk route is known as “Baku-Tbilisi-Kars railway”. Turkey country will play a crucial role in operating the trade hub in the long run operating multiple routes to China.
Turkey is placing itself as key player in the Asia region and filling the gap for promoting trade and transportation business in the region. ITI freight train project will also help uplift Iran economy as the railway system will offer great benefits and flexibility for promoting business.

China state did not provide the complete loan for the developing Pakistan railway’s ML-1 project raising questions concerning how Pakistan will acquire development funds for upgrading Balochistan railway tracks which cannot bear heavy freight due to old age. Book cheap Turkey tour packages from Pakistan.
China state expects Iran, Turkey and Pakistan to invest and bear the expenses of developing ITI project as it will only lend political support.

The train service IIT will prove as a game changer in the region as it improves connections for connecting Eastern Mediterranean Sea towards South Asia. The BRI (Belt and Road) project was initially launched by the state of China.

The ITI freight train project was initially started on trail basis in 2009 but due to insufficient business volume and political pressure against Iran the project could not be maintained.

Pakistan, Iran and Turkey decided to re-launch the ITI freight train project but were met with Covid19 pandemic crisis due to which the launch was again delayed.
The ECO (Economic Cooperation Organization) had held meeting in the city of Istanbul in December 2020 and decided to go ahead with the launch of the freight train service in the year 2021.

The Economic Cooperation Organization was launched by Pakistan, Iran and Turkey in 1985 in order to boost regional trade and promote freight business. Azerbaijan, Kyrgyz Republic, Turkmenistan, Tajikistan, Kazakhstan, Uzbekistan later joined ECO later on in 1992. The ECO despite their goals in the region has faced many obstacles while promoting and developing business activities in the region.
The state of Iran can take advantage of business activities among Middle East, South Asia, Europe, and Central Asia by using ITI freight train service. ITI freight train can boost economic activity among the region as the following countries can greatly benefit from new business and trade activities in the region
• Azerbaijan
• Kyrgyzstan
• Turkmenistan
• Uzbekistan
• Kazakhstan
• Afghanistan
• Azerbaijan

The Iran-Tehran-Iran freight train will provide greater opportunities for business due to improved trade and connectivity between the three countries. Currently Pakistan only has 1.26% exports towards Turkey and 0.1% towards Iran as the regional trade is quite limited.
Recently the freight ITI train departed towards Turkey from Margala station carrying dates, pink salt and rice comprising more than dozen containers.
Abdul Razak Dawood expressed his views that ECO freight train can help member countries in expanding their trade, imports and exports business.

The newly launched freight train service can transport 40 and 20 feet freight containers for various goods. The tariff of the freight train, is as under

In order to make ITI freight train successful all the participating countries need to improve their inter country trade and economic policies. ITI freight route will improve ties of Turkey and Pakistan with Azerbaijan.
Recently Pakistan and Iran came to mutual agreement to barter trade Pakistan rice for Iranian LPG bridging the gap between the two countries. The countries further agreement to
• Carrying out border market construction
• Improving trucks movement under the TIR or Transport of goods convention
• Enabling Pakistan to access to European markets
Pakistan and Iran have came to agreement to sing the free trade agreement in the upcoming months which will enable bilateral trade to reach up to $ billion dollar a year from $1 billion.
The ITI freight train can be further enhanced for cargo and passengers by Iran if they enable Zahedam-bam route for the freight train enabling the train to carry 2 million tons comprising cargo and up to 500,000 passengers each year. Book Iran tour packages from Pakistan. The capacity could be improved more up to to 1 million passengers and 8 million tons of cargo.
ITI freight train can enable Pakistan to build up, expand and promote its trade and regional business activities by accessing European markets railway network through the newly established ITI freight train service. India and Bangladesh have also expressed their interest for joining in the cargo business comprising the ITI freight train which will further enhance and improve regional business in south Asia. 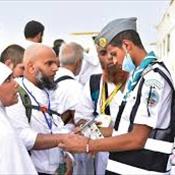 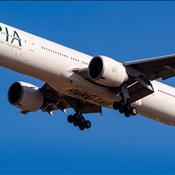 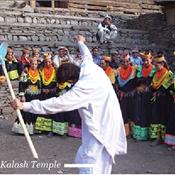 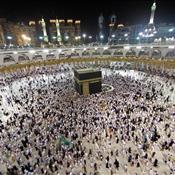 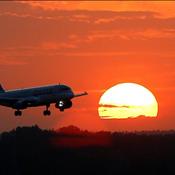 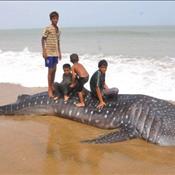 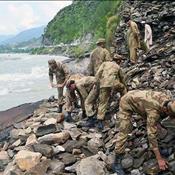